A new development model for the BRICS New Development Bank 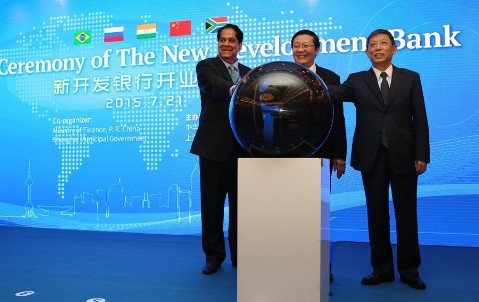 Earlier this month at the 7th BRICS Summit in Ufa, Russia, the BRICS countries (Brazil, Russia, India, China, and South Africa) inaugurated a new multilateral financial institution. BRICS Heads of State pledged that the boldly named New Development Bank (NDB) will be a driving force for South-South cooperation – a development bank that can deliver for emerging and developing economies where the traditional banks like the World Bank and Asian Development Bank have failed.

Unfortunately, merely calling something “new” or “better” doesn’t make it so. Creating a global bank that is able to provide real development for the Global South requires much more than a good name. It requires a new model of development.

The BRICS countries have been outspoken critics of the World Bank, IMF, and other traditional international financial institutions, citing anti-democratic governance structures and a long history of strong-arming the developing world for the benefit of northern corporations. As South African President Jacob Zuma said, “There must be an alternative.”

As Caio Borges, a lawyer from the Business and Human Rights project at Conectas Direitos Humanos stated, “we hope that the New Development Bank reshapes not only global geopolitics, but the landscape of development finance, towards a model of partnership that puts first and foremost the fundamental human rights of individuals and vulnerable groups who are most affected by development projects.”

Last week, Conectas and over 50 civil society organizations and social movements from around the world sent an open letter to the BRICS delegations, identifying four principles for a new development model for the New Development Bank:

1) Promote development for all: financing inclusive, accessible, participative development that is driven by communities, reduces poverty and inequality, removes barriers to access and opportunity, and respects human rights, local cultures, and the environment.

2) Be transparent and democratic: ensuring that development policies and operations are accessible and that the development process engages communities and civil society in choosing, designing, implementing, and monitoring NDB projects.

3) Set strong standards and make sure they are followed: adopting standards and accountability mechanisms based on human rights and environmental best practice to ensure that development activities do not harm communities or the environment.

The NDB’s brand of development

While the NDB officially opened for business last week, the BRICS still have not spelled out what they mean by “infrastructure and sustainable development” and the bank does not yet have an operational policy framework. So the second million dollar question, or in this case, the USD 50 billion question, is what type of development will the NDB deliver and how?

As many commentators have pointed out, the BRICS’ firm embrace of resource-intensive megaproject development both at home and abroad does not inspire hope for the social and environmental impact of the NDB’s investments. Large infrastructure projects carry extensive human rights and environmental risks, especially where domestic legal frameworks are weak or enforcement capacity is low. Unfortunately, several BRICS and NDB officials have expressed a distinct disdain for lending safeguards or standards which might provide a minimum safety net, viewing them as conditionalities or overly rigid.

At the same time, many of the BRICS countries have strong domestic social and environmental legislation which could be used to argue for parallel protections in NDB operations. China has in recent years strengthened its regulatory framework for overseas investments, and has strongly encouraged compliance with international norms and best practice. Chinese officials pledged that the new Asia Infrastructure Investment Bank will embody “the highest standards”. These developments indicate some openings for the NDB.

With the NDB now officially inaugurated, and its first projects expected to be approved in early 2016, the institution will have to establish a clearer direction and policy framework. At a minimum, this provides civil society the chance to influence the institution from its inception, and hopefully to incorporate some of the lessons learned from decades of fighting the World Bank and other IFIs.

Where we go from here

While the BRICS summit in Ufa has finished, the real work continues. In BRICS countries, civil society groups are pushing their finance ministries and parliaments to try to influence the NDB’s direction and policy framework and to shape the concept of what real development is. Thanks to advocacy from civil society groups like the Centre for Applied Legal Studies, South Africa’s parliament issued instructions to the South African department of finance to promote human rights through BRICS processes. Through the Bank on Human Rights Coalition and other fora, BRICS civil society groups are strengthening their connections with each other, as well as with counterparts in non-BRICS countries, in order to share strategies and enable coordinated advocacy.

Another critical area of work is ensuring that frontline communities who will bear the greatest impacts from NDB projects have the resources and solidarity they need to advocate for their development priorities and to defend their rights. The coalition-building by communities and civil society groups around BNDES, the Brazilian national development bank, and around Chinese overseas investment, is growing stronger, connecting communities impacted by foreign banks with national groups in the banks’ home countries. These connections and collaborations provide a strong foundation for building the solidarity necessary to shape the NDB and its investments and to hold it accountable.

While we cannot hope the New Development Bank will be something new or better just because it has a clever name or because different flags fly outside its offices, we can continue to fight for a new model of inclusive, community-led development that respects human rights, regardless of the bank signing the check.

Gretchen Gordon is Coordinator of the Coalition for Human Rights in Development, a Coalition of social movements, civil society organizations, and community groups working to ensure that all development finance institutions respect, protect, and fulfill human rights. Deepika Padmanabhan is an intern with the same Coalition.