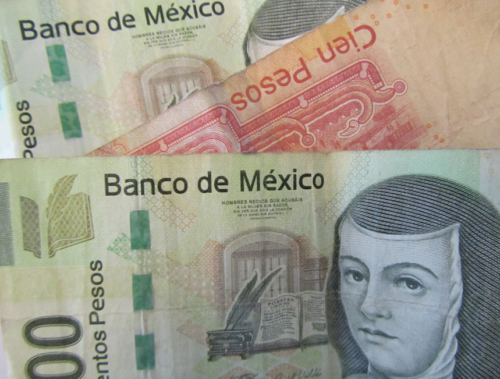 Every month a mandatory percentage for the retirement fund is deducted from my bimonthly payment, which is part of the Mexican social security system. The same applies to the 21 million economically active people and with social benefits, as in Mexico about 58% of the employed population (28.7 million) work in places that elude registration with social security, meaning that they do not offer any benefits to guarantee health care, medical care and to ensure a livelihood, among others.

Although not all the economically active population of the country participates in savings for pensions, we are talking about a large amount of public money that until a couple of decades ago was managed by the state. Today, after a series of reforms to the Law of Savings Systems for Retirement, this money went from being administered by public to private entities and is being used to finance infrastructure projects such as roads, hydroelectric plants, and energy projects to just mention a few. These projects put at risk the savings invested without the taxpayers being aware on the one hand, and on the other, in many occasions – to not say all of them – violate human rights and increase the inequality gap in the country. For example, the conversion project of the Cerro de Oro dam to a hydroelectric plant in the state of Oaxaca would use retirement savings without taxpayers having mechanisms to know in what kind of projects our money is being invested and what their impacts are. In addition, the project entails severe impacts on the territory and violations of the rights of the Chinantec and mestizo communities of the region.

At the end of the 1980s, the Mexican pension system was in charge of the Mexican Social Security Institute (IMSS) and had a more guarantor scheme of distribution and defined benefits. However, in the early 1990s, the ratio of active to retired workers decreased significantly, among other things, as a result of an increase in life expectancy and declining birth rates. This was the perfect excuse for the country to begin adjusting itself to the recommendations of the Organization for Economic Cooperation and Development (OECD) and transforming pension funds into a tool for financial markets and a permanent source of long capital term.

Over the last few years, various reforms have been made to change the scheme of the pension system, to relax the restrictions on the investment of these funds, allowing more investment in instruments that benefit the private sector and are administered by the latter through Retirement Fund Managers (Afores), the private financial institutions in Mexico that manage retirement funds and through which everyone has to manage their funds for retirement. That is, private entities in charge of public resources. Currently the pension funds represent 13.6% of the gross domestic product of Mexico, which are invested in projects with high risks such as capital investments (34.6%); infrastructure (30%); real estate (23%); energy (5.2%); forestry (4.1%); and financial services (3.1%). In order to invest public funds in these projects, the government has created mechanisms that are very technical and difficult to monitor (such as certificates for capital development – CKD) and which benefit the private sector. These mechanisms reduce the risk for the sector as we as taxpayers assume the risk without knowing it.

This is not something that happens in isolation in Mexico, but represents a global trend. In recent years, representatives of governments and the private sector have come to a consensus that infrastructure is one of the main pillars for development and global economic growth. The argument is that investment in infrastructure is an opportunity to promote sustainable and inclusive growth. Currently, some estimate that total spending on infrastructure is $2-3 trillion dollars a year and that an additional $4 trillion annually until 2030 will be required to cover infrastructure needs. Much of this amount is planned to be covered through large pension funds from countries such as Australia, Canada, Brazil, the United States, the Netherlands, and Chile, to name a few.

In this way, the construction of the Cerro de Oro hydroelectric project was planned on indigenous territory and work began without having consulted and obtained the consent of indigenous peoples. This would have had irreversible environmental impacts and involve the resettlement of hundreds of people. Furthermore, the energy production had been previously granted to various private companies, as well as the returns. The project did not guarantee the right to energy, a healthy environment, water, and participation to decide over the community’s own development, among others. Part of the financing came from the savings of Mexican taxpayers, without them being aware of it. Also, part of the financing of a wind farm in Juchitan, Oaxaca has been highly controversial for reasons similar to those mentioned above; it comes from the Dutch pension funds without people knowing it.  And it is not only a question of using these public resources without the knowledge and consent of the owners in projects that violate human rights, but we as the taxpayers assume the financial risk of projects, which completely benefit, once again, entrepreneurs.

Mexico’s National infrastructure Program states that infrastructure investment is a strategic issue and priority for Mexico because it represents the means of generating economic growth and development and is the key to increasing competitiveness. One of the challenges of the program is funding, providing a total investment of 575 billion through 743 projects. The government has planned that at least 37% of this funding will come from the private sector. One of the incentives for the latter to invest in the project portfolio is the retirement savings system reforms.

Currently, there is a need to make the use of these resources transparent, so that the projects in which money is invested can be monitored, as well as to inform taxpayers about the use of the resources that we compulsorily pay twice a month, every single month, and with which markets speculate. Do you have savings in pension funds? Do you know what they are being invested in?

Mariana González
Mariana is a researcher at Fundar, Centro de Análisis e Investigación (a Mexico-based civil society organization), where she is in charge of the project Transparency and Accountability in International Financing Institutions. This project seeks to create greater transparency surrounding international financing loans both in terms of expenditure and the impacts from a human rights perspective. Mariana has a Master’s degree in Sustainability Sciences from Lund University, Sweden and a B.S. in Industrial Engineering from Universidad Iberoamericana in Puebla, Mexico. Her research focuses on issues related to development, human rights, participation, transparency, accountability and foreign help dependency.
Previous Post:
World Bank Geothermal Project Continues to Disregard Indigenous Rights
Next Post:
Who is the Coalition for Human Rights in Development?
no comments