In Nepal, Fighting for the Rights of Indigenous Peoples 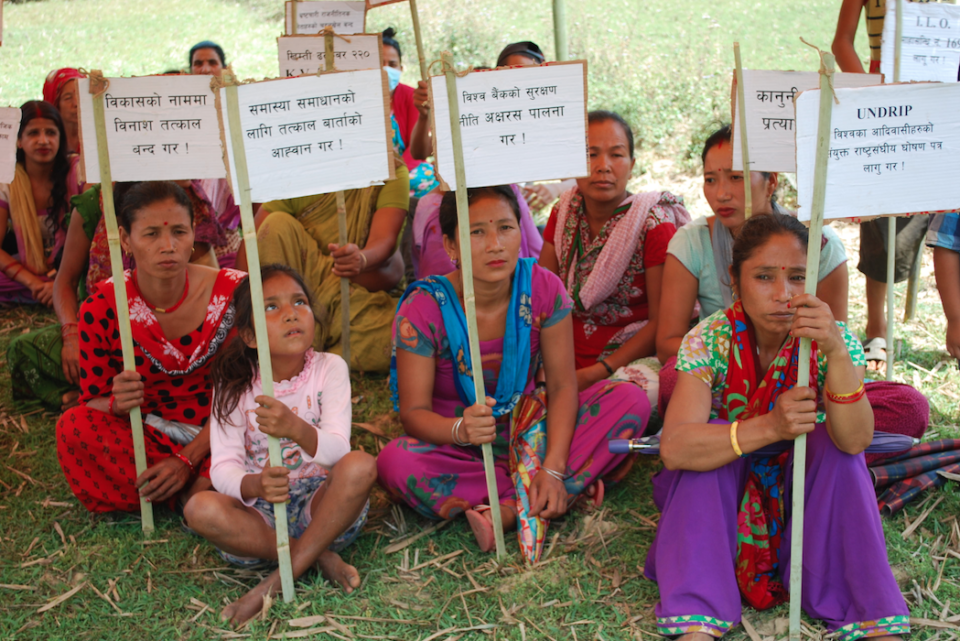 My name is Abhijeet*. I am a community member in Sindhuli, Nepal and I am actively resisting against human and environmental rights violations in the construction of the Khimti-Dhalkebar Transmission Line (KDTL Project). The KDTL Project is a high-voltage transmission line that will cross the area of Sindhuli. It is being funded by the World Bank and implemented by the Nepal Electricity Authority (NEA).

The KDTL Project is violating the fundamental human rights of indigenous and local peoples of Sindhuli. We are directly and indirectly affected by the transmission line and are very concerned about its impacts, especially health impacts. However, the project developers have not provided adequate information to us or consulted with us. Even after people went to the project office, requesting information, they still did not provide the requested information. They didn’t post information or notices in the project construction area either. Nor did they provide information through print media or radio media. 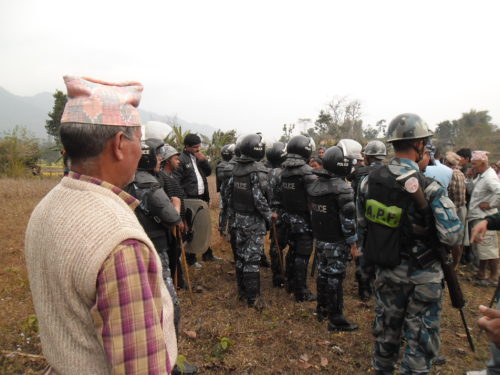 In April 2016, when communities affected by the KDTL Project engaged in a peaceful protest on their own lands, the police responded with violence, injuring several people. On the same day, the police also arrested community leaders. The leaders were only released the next day after they signed a document in which they agreed to no longer obstruct project construction.

Right now, in Nepal, the political situation is very bad. The new constitution is highly discriminatory and excludes the rights of Indigenous peoples, Madhesi people, Dalit people and women as well. In fact, the government has killed more than 40 peoples in clashes related to the new constitution. Currently, there is much conflict between civil society and the government. One of the key issues is that the government is not implementing its existing laws that protect and promote the human rights of Nepalese Indigenous peoples. The general perception is that the government is narrowing the space for civil society organizations, which is having a chilling effect.

I have provided technical support, such as writing letters and demanding information from authorities, to protect and promote the rights of fellow local communities affected by the KDTV Project. Because of my efforts, I have been threatened by security and project officials. They tried to intimidate me into stopping my acts of resistance. I am not able to participate and freely express my thoughts about development projects. Development projects are a key priority for the central government of Nepal, which has been repressive towards the issues of local and Indigenous voices while pushing forward its development agenda.

I have worked hard with other project affected peoples and allies including the Lawyers’ Association for Human Rights of Nepalese Indigenous Peoples to challenge these limitations. Now, the KDTL Project issue has become internationalized, and we are getting support and engagement from international human rights organizations. We have filed complaints in the Nepalese Supreme Court, the National Human Rights Commission (Nepal) and the Inspection Panel of the World Bank. As a result of the sustained resistance of the local struggle committee in Sindhuli, project affected peoples have been offered more compensation, although the amounts are still highly inadequate. Unfortunately, the NEA and the World Bank have still not provided proper information or consultation.

I hope that civil society will have the opportunity to contribute towards sustainable peace and development in Nepal. Unfortunately, the fundamental human rights of many voiceless peoples are being systemically violated as a result of development projects. I have faced limitations while helping mobilize project affected peoples against the KDTL Project. Unfortunately, we don’t have the resources to mobilize while also being safe from risk. 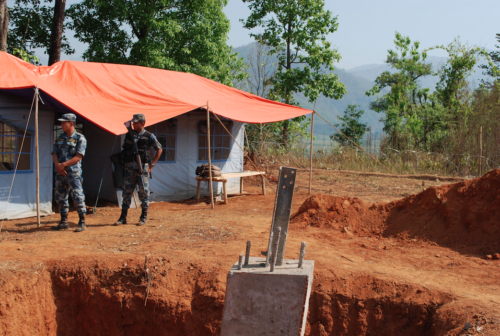 Construction being pushed forward in the presence of the Armed Police Force. Credit: Accountability Counsel

For my colleagues facing similar situations around the world, I think it is really important for us to build our capacity by accessing training and sharing experiences. This will enable us to have knowledge of the best practices and have the best tools. We can also benefit much from being plugged into and helping build a word wide network of human rights defenders.  Others from outside my country can support civil society within Nepal by capacity building, including providing us expert advice, and supporting us in our strategic planning.

And there is much that the World Bank and others financiers need to do in this project. They should effectively monitor and evaluate the KDTL project to ensure it respects the environmental and human rights of project affected peoples. They should ensure that communities have complete information about the project in their local language and put large billboards in all construction areas to disclose basic information about the project. It is also important that they ensure that there is an impartial dispute resolution mechanism for communities, and that resettled people are provided adequate compensation and training or jobs to restore their livelihoods.

Most importantly, these financiers must respect and uphold the rights of Indigenous peoples and secure their Free, Prior, and Informed Consent (FPIC) to development projects that impact their lands or resources. From my academic courses, I have read that consultation is the cornerstone of FPIC, and FPIC-compliant development. However, neither I, nor my community, have ever been consulted about our development plans and priorities by the government, a corporation, or a development finance institution.

*The author is an indigenous community member in Sindhuli, Nepal. Their name has been changed due to security concerns.