Threats and Intimidation against Communities in Chamoli, India 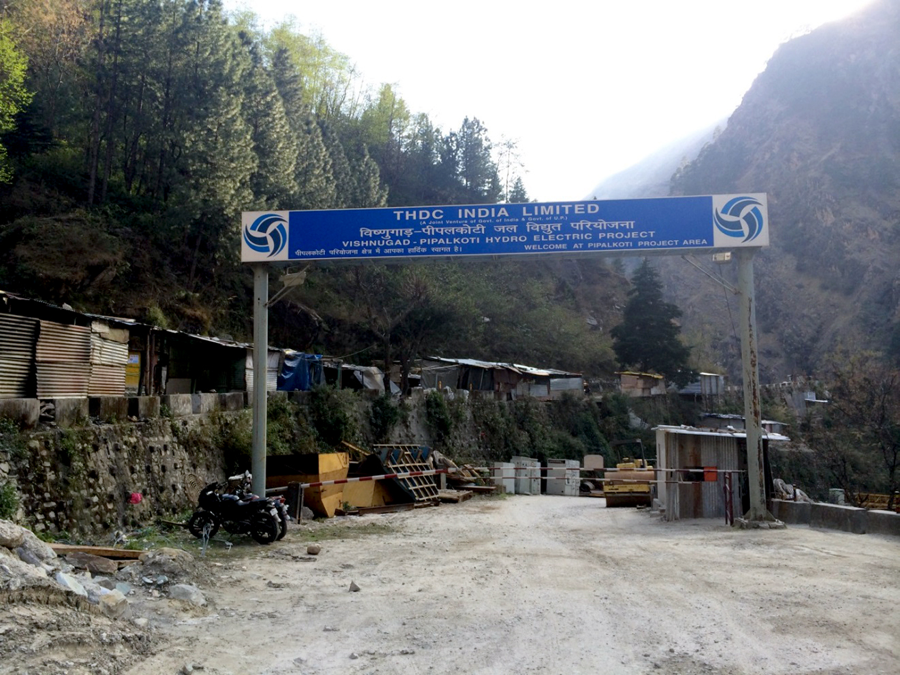 The Vishnugad Pipalkoti Hydroelectric Project (VPHEP) in Uttarakhand, India, is a hydropower generation scheme on the Alaknanda River, one of two headstream tributaries of the Ganga River. The project is financed by a $648 million loan from the World Bank and is being developed by the Tehri Hydro Development Corporation India Ltd. (THDC), a joint venture between India’s central government and the state government of Uttar Pradesh. The project is currently under construction.

The hydroelectric project’s backers have promoted it as an important new source of electricity for India’s power-hungry economy and as an effective tool to help India reduce greenhouse emissions. A majority of the people living in the villages affected by the project has accepted the project, and some even welcomed it. However, some community members fear profound negative impacts from the project including during its construction phase. In particular, these community members have expressed concern that, amongst other adverse impacts, the project would:

· Undermine religious and cultural practices that rely on a free-flowing Alaknanda River;

Human Rights Watch spoke with some of the community members protesting the project who said they had faced several years of threats, including gender-based threats, intimidation, and acts of violence by THDC employees and contractors.

At the forefront of the protests have been a handful of families who reside at Harsari hamlet, adjacent to Haat village, who have been resisting relocation to make way for the project. Their resistance has received support from some community members in nearby villages who also have concerns about the project. More recently, as discussed below, residents in neighboring Durgapur village have been protesting the construction of a tunnel for the project and the blasting associated with it that they believe is endangering their homes.

The flash floods of June 2013 which caused massive loss of life and extensive damage to infrastructure, including to Vishnuprayag hydroelectric project, just 35 miles upstream of VPHEP, intensified concerns among these community members regarding the potential environmental impacts of the project.

Human Rights Watch wrote to THDC to seek the company’s views on the allegations that its staff and contractors were involved in threats and intimidation of community members. In its response, the company emphasized that it takes its responsibilities towards host communities very seriously, and stressed that there have been no violations of human rights in the project area. It said that the project is being implemented in accordance with all national laws and in conformity with the environmental and social safeguard policies of the World Bank. It did not answer any of the questions that Human Rights Watch had asked regarding specific allegations, but said that it was looking into the matters that Human Rights Watch had raised and would “deal with them as necessary.”

Threats and Intimidation against Community Members

In July 2012, several community members filed a complaint with the World Bank’s Inspection Panel raising social, cultural, and environmental concerns about the project’s impacts. The complaint also highlighted concerns about “women’s freedom” as a key issue. In particular, complainants argued that the presence of so many male company employees and contractors, including migrant laborers, around the communities was a real threat to the safety of local women, especially given the prevailing environment of intimidation.

Read the article in full here.