Time for a power shift in Power Africa 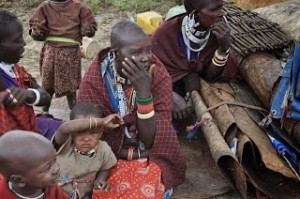 This past week, government representatives from the U.S. and across Africa came together with public and private investors at the 2nd Annual Powering Africa Summit, in Washington D.C. The Summit coincided with the launch of a new Roadmap for Power Africa, a multi-stakeholder partnership that sits within the U.S. Agency for International Development and promises to leverage private sector resources to double access to electricity in sub-Saharan Africa.

The three-day Summit included African energy ministers, representatives from corporate boardrooms, and powerful financial institutions like the World Bank and the African Development Bank. At a cost of USD 2,000-a-person to get in the door, however, African civil society members were shut out.

It seems that in energy deals, power access is one thing, while access to power is something else.

In a statement January 28th, 18 civil society organizations from 10 African countries called on governments and financial institutions participating in the Summit to find socially and environmentally sustainable solutions to Africa’s energy needs. The statement urged Summit organizers and African leaders to “promote energy solutions that are accessible and meet the development needs of poor and vulnerable groups and respect all human rights.”

The dynamics around last week’s Summit highlight some of the fundamental challenges for Power Africa as it gears up to address a pressing and vast energy gap, wherein over two-thirds of the population – about 645 million people – lack access to electricity.

Power Africa aims to add 30,000 Megawatts of new power generation and expand access to power, with 60 million new household and business connections. But measuring the number of new connections is not enough. It matters where those connections are, whom they serve, and whether they are affordable. While Power Africa is largely silent on affordability, it promotes elimination of subsidies and full-cost recovery – both measures likely to increase costs for consumers.

The logic behind Power Africa is that there are not enough financial resources to meet Africa’s energy needs, so countries need to leverage corporate investment. And, because investment in energy infrastructure is complex and risky, they need to sweeten the deal. Through the initiative, development banks provide technical support for legal and regulatory reforms to increase private investment opportunities, including through privatization of public utilities. According to the Roadmap, over half of the power generated by Power Africa today is drawn from privatizations. But how will Power Africa deal with the negative development impacts that often come with privatization, such as decreased access and affordability, loss of public revenues, and decreased quality employment?

Renewable does not necessarily mean sustainable

A laudable aspect of Power Africa is its focus on renewable energy (though note that half of the current operations involve natural gas). That said, renewable does not mean sustainable, especially with regard to a project’s human impacts. In a statement on the Summit, the Narasha Community Development Group in Kenya’s Great Rift Valley cited a string of negative impacts local communities have suffered as a result of geothermal development on their ancestral lands, including “eviction, pollution and health hazards, threatening of livelihood of the pastoralist community in the region and loss of historical and cultural sites, among others.”

Safeguards must be strong, clear and enforced

The Power Africa Roadmap states that projects will have to meet best practices for social and environmental safeguards. It remains unclear, however, which policies or practices those are and how they will be implemented and monitored. As the Narasha Community stressed, “leaving the [development] activities to the national government will not ensure protection and mitigation of the effects.” In particular, it is critical that Power Africa include measures to identify and manage social risks and impacts, including those relating to human rights.

Who controls energy and who benefits?

The fundamental questions of energy access are “Who controls the resources?” and “Who benefits?” As African civil society groups explained, “too often local communities are evicted, relocated or harassed in the process of acquiring land for energy projects. To prevent this, local communities should have the opportunity to negotiate utilizing portions of their land for shared energy production and be able to take part in benefit sharing directly.”

To provide effective energy access and development, Power Africa must be steered by those it is meant to benefit. According to its Roadmap, Power Africa is to ensure that project developers “consider the full spectrum of needs and concerns of those whose lives and communities will be most impacted.” But there is no mention of how this is to be accomplished. Power Africa needs mechanisms for systematic and ongoing communication between project implementers, financiers and local communities so that communities have meaningful access to information and the ability to influence projects and proposals that will affect them. Just as Power Africa boasts a toolbox for governments and the private sector, civil society needs tools to access information, to understand contracts and budgets, to negotiate with companies, to influence development proposals, to devise their own community-based energy projects, to monitor impacts and revenues, and to defend their human rights.

webmaster@rightsindevelopment.org
Previous Post:
Follow the Money: Using development finance to hold corporations accountable
Next Post:
In Nepal, Fighting for the Rights of Indigenous Peoples
no comments