Two years of the NDB: between institutional growth and social concerns

By Gonzalo Roza and Gretchen Gordon 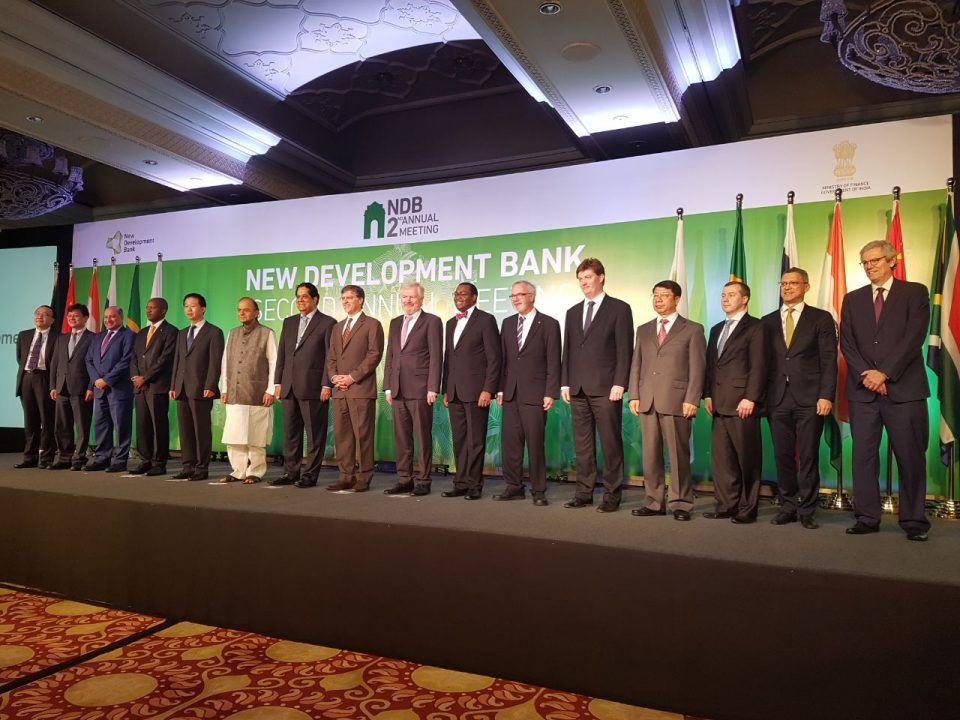 In April, the Boards of Governors and Directors of the New Development Bank (NDB), the multilateral financial institution established in 2015 by the BRICS countries (Brazil, Russia, India, China and South Africa), held their 2nd Annual Meeting, in New Delhi, India.

During the meeting, BRICS finance ministers approved a five-year General Strategy as well as the process for admission of new members (the Bank plans to take in 15 new member countries in a first phase); while the Board of Directors discussed the Bank´s project pipeline. In addition, the Bank signed Memorandums of Understanding (MOUs) to promote cooperation with five different Multilateral Development Banks, including the Asian Infrastructure Investment Bank (AIIB) and the European Investment Bank (EIB).

K.V. Kamath, the NDB´s president, also announced the plans of the Bank to fund 15 infrastructure projects in member countries worth up to 3 billion dollars, and to raise funds by issuing rupee-denominated bonds in India, after it issued yuan-denominated bonds in China last year.

While the Bank showed its commitment to advance further on its institutionalization and to broaden its membership, civil society from around the world raised concerns over the Bank´s approach to development.

A strategy for sustainable and inclusive development?

In side events and meetings with representatives of the bank, human rights and environmental advocacy organizations from around the world called on the Bank to set forth concrete commitments and criteria for sustainable development. In a docu 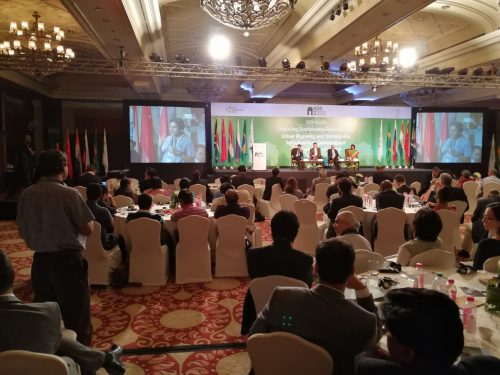 According to the proposal, ‟in order to promote a new kind of development and to really assist marginalized populations or unserved areas and respond to unmet needs in the developing world, the NDB will have to shift from a ˈdo-no-harmˈ approach, towards an emphasis on developing projects that explicitly aim to generate positive social and environmental impacts, including social infrastructure (housing, education, sanitation, health, food and nutrition security, culture among others), off-grid energy solutions, and other projects targeted to meet the needs of vulnerable communities.” It also states that ‟the activities of the Bank should be geared toward supporting sustainable patterns of consumption and production, and inclusive, transformative strategies of growth”.

While civil society groups in March sent a letter urging the Bank to open a meaningful consultation process with civil society and other stakeholders before approving the final version of the Strategy, on April 1st the Board of Governors approved, in principle, the Bank’s General Strategy. The final Strategy document is expected to be made public in early June.

An effective environmental and social framework?

As the NDB prepares for the one-year review of its Environmental and Social Framework (ESF), civil society organizations raised concerns regarding the ESF’s failure to actually operationalize its sustainability aspirations.

An analysis by the Coalition and allies recommends that the ESF:

Signatory organizations also urged the Bank to establish a formal, inclusive, transparent, and robust consultation process on the ESF and other existing and future policies and strategies.

Is the NDB any different from other traditional IFIs?

On the sidelines of the Annual Meeting, the  Peoples’  Forum  on  BRICS, a network of  peoples’  movements,  trade  unions,  national networks  and civil society organizations, held a day-long event on 30th March, bringing together environmentalists, journalists, indigenous communities and other civil society representatives from the BRICS countries. In the New Delhi Declaration, participants raised deep concerns that the NDB is merely replicating existing International Financial Institutions, which suffer from a lack of transparency, accountability, and spaces of engagement with civil society and peoples’ movements.

The document concludes that ‟the New Development Bank has to step back and reconsider why indeed it was established. In so doing, NDB must pro-actively reach out to peoples movements, trade unions, civil society organizations and peoples networks genuinely working with poor and impacted communities”.

What kind of engagement with civil society does the Bank intend? 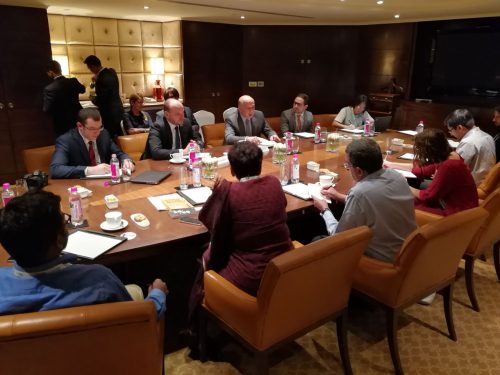 Civil society representatives from the Coalition’s BRICS working group had the opportunity to meet with different NDB Vice-Presidents and officials in different events held in the sidelines of the Second Annual Meeting in Delhi, such as a Multistakeholder Dialogue organized by Oxfam and Vasudha Foundation and meetings between NDB officials and CSO representatives. In those meetings, the Bank´s officials expressed the intention of the institution to “expand and deepen its interaction with all stakeholders of the Bank, including with representatives of civil society and scholars”. At the same time, it is worth noting that the Bank´s alleged openness and intention to foster its interaction and engagement with civil society is at least contradictory with its absence of transparency or consultation to date.

Civil Society in both BRICS and non BRICS countries are still demanding the Bank promote a truly robust and effective engagement with civil society, which allows meaningful participation and listening to different stakeholders, especially to communities and grassroots groups affected by the Bank´s projects.

A strategy for failure 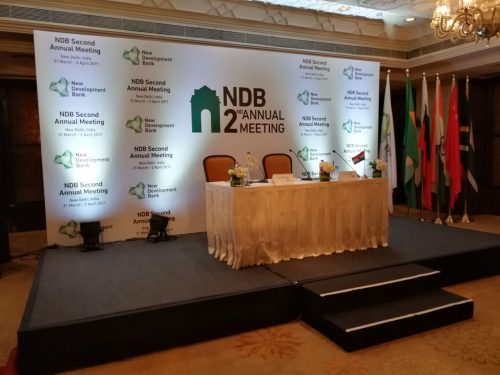 The outcomes of the 2nd Annual Meeting of the NDB show the Bank´s clear intention to continue growing and expanding in terms of projects, disbursements and even members. This is a natural process for a new institution that is just two years old and that was born with the aim of financing infrastructure and sustainable development in emerging market and developing countries.

It is worrying, however, that in this process the NDB seems to be replicating the same mistakes that were made in the past by other development financiers creating doubts over what is truly ‟new” in the BRICS New Development Bank.

On the way to its third year of operations, the NDB must carefully consider which should be the proper and most suitable strategy to fulfill its mission of supporting infrastructure and sustainable development efforts in BRICS and other emerging economies. Ramping up investments without clear sustainability criteria or meaningful engagement with civil society, would be a strategy for failure.