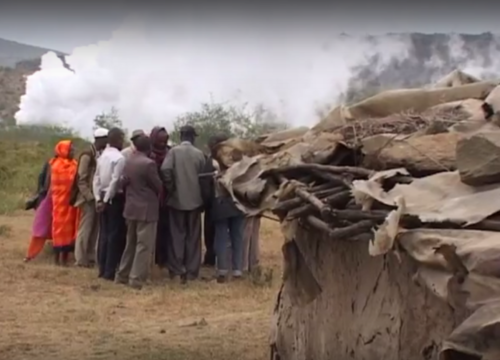 On February 16, the World Bank Board is scheduled to review a proposed Action Plan to remedy harm caused to four Maasai villages which were resettled in 2014 to make way for the Olkaria IV geothermal development in Kenya’s Rift Valley, a project financed by the World Bank, the European Investment Bank, and the German development bank, KFW. The Action Plan follows an investigation by the Inspection Panel, the World Bank’s independent accountability mechanism, which found a lack of compliance with World Bank policies, especially the failure to trigger the Bank’s Indigenous Peoples Policy. This disregard for bank policies led to significant harm to indigenous Maasai villages.

The communities were resettled onto land less than half the size of their previous land, and marked with steep ravines such that the Maasai’s main livelihood, pastoralism, is no longer viable. Another staple industry for the villages – tourism – has been devastated as their main Cultural Centre is now surrounded by wells and uninhabitable. The resettlement area lacks essential infrastructure including adequate water and roads. Contrary to Bank policy, the communities were not provided with a share in the benefits derived from the commercialization of their natural resources and today still lack legal title to their new lands. As a result, many find that their economic and social welfare has significantly deteriorated and their ability to practice their culture has been significantly compromised. As one community member stated, “I can’t practice my tradition because I am no longer a Maasai.”

In May of 2016, a mediation process with the implementing agency, the Kenya Electricity Generation Company (KenGen), concluded in a Mediation Agreement, yet the vast majority of KenGen’s commitments remain unfulfilled. Community members are pressing for the World Bank to ensure that KenGen satisfy its commitments, and that additional measures be taken to remedy the harms caused to the resettled communities and to bring the project into compliance with the Involuntary Resettlement and Indigenous Peoples policies.

This week 32 organizations around the world sent a letter to World Bank Directors urging that any approved Action Plan include concrete time-bound commitments and strong corrective measures, including on the following:

The history of this project shows a continuing lack of will on the part of KenGen to comply with World Bank policies and a lack of adequate supervision and monitoring by the World Bank. If the Bank had properly applied its Indigenous Peoples Policy, communities would have been safeguarded from many of the subsequent project failures. Instead the Bank even granted additional financing to the project in June of 2016 without addressing any of the compliance issues. This lack of adherence to protections for indigenous peoples is a growing problem at the World Bank – one that threatens the rights of indigenous peoples around the world and their ability to benefit from development.

As one community member said, “the banks financing this project should give the project affected people their rights, and also they should be keen when they give out their money not to destroy life of people”.