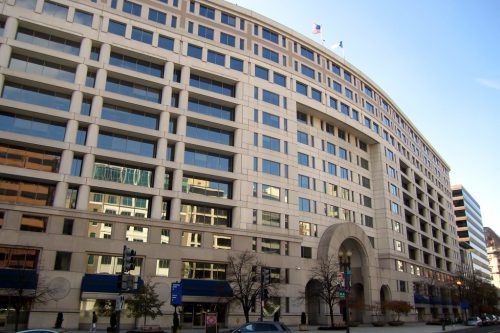 A group of +25 organizations, members and allies of the Coalition for Human Rights in Development, sent a letter to the Inter-American Bank Development (IDB), to strengthen the review process of its Access to Information Policy (AIP) and present their recommendations.

The IDB began this review on August 29 with the intention of aligning its Access to Information Policy with international standards. However, the organizations identified several shortcomings in the consultation that hinder the meaningful participation of communities and civil society impacted by the bank’s projects.

In order to promote inclusion in the AIP review process, the organizations shared these recommendations with the IDB:

“The IDB still needs to foster an institutional culture that allows consultation processes to be not only robust, meaningful, and inclusive; but also be receptive to interactions and constructive criticism from civil society and affected communities”

The complete letter can be consulted here:

Members and allies of the Coalition for Human Rights in Development that adhered to the letter:

A group of civil society organizations from several countries in the region, partners and allies of the Coalition for Human Rights in Development, addressed an open letter to the Inter-American Development Bank (IDB) regarding the current selection process for the Bank’s presidency. Th

On October 19-20, the leaders of the world's public development banks will gather for the "Finance in Common" Summit.

CSOs response to the World Bank consultation on the proposal for a Financial Intermediary Fund for Pandemic Prevention, Preparedness and Response

Thirty-three organisations from around the world have signed a statement arguing that the World Bank has not learnt crucial lessons from the Covid-19 pandemic and broader health financing evidence. Download the statement here In May, the World Bank (WB), in collaboration with the World Health O

COVID-19: You can’t have a recovery using the same bad medicine

We are beginning 2022 with the world reeling under rising Omicron cases. It has been two years since the World Health Organization declared the coronavirus a public health emergency of international concern. And we still have pressing questions around how we shepherd ourselves out of the pande

#Dev4Africa is a campaign launched by grassroots groups, Indigenous Peoples, civil society organizations, communities, workers, women, and other right-holders and allies who share the common belief that fair and sustainable development in Africa is possible. The campaign supporters want t

On November 19, more than 70 civil society organizations from across the African continent and international supporters addressed a letter to the African Development Bank (AfDB), to raise their concerns about the review process of its Integrated Safeguard System (ISS).

On November 8, 2021, 30 civil society organizations - including many Coalition members - addressed a letter to the Inter-American Development Bank (IDB), expressing their concerns in regard to the process to review the second IDB Group-Civil Society Action Plan (2022-2024).

International Accountability Project (IAP) released a new set of community guides to help communities conduct their own research and in the process define their development priorities and aspirations. The “Community Action Guide on Community-Led Research” set of 3 booklets provides clear an

January 9, 2019. The President of the World Bank Group, Jim Yong Kim, announced he is stepping down from his position this February 1, 2019 to take a position with Global Infrastructure Partners, a private investment firm that did extensive business with the Bank during Kim’s tenure. In a b

This week as we celebrate Indigenous Peoples Day, communities affected by the Pojom II and San Andrés dams in the microregion of Ixquisis, Guatemala, filed a complaint with the independent accountability mechanism of the Inter-American Development Bank urging IDB Invest, the bank’s p

What a new US development finance institution needs to succeed

A bipartisan group of senators and representatives introduced the Better Utilization of Investment Leading to Development (BUILD) Act, which, if enacted, would create a new agency called the United States International Development Finance Corporation. The IDFC would absorb the Overseas Pri

Guide to the AfDB’s accountability mechanism

The Independent Review Mechanism (IRM) was established by the African Development Bank (AfDB) in 2004 to address complaints made by any group of two or more people who have been harmed, or who are likely to be harmed, by a project funded by the AfDB Group. The IRM was designed to make sure that the AfDB f

On September 26, 2017, the Coalition for Human Rights in Development co-hosted a ‘Demystifying Development Banks’ webinar with a special focus on Asia, where many countries have been shown to be among the most dangerous for human rights and environmental defenders who confront infrastructure

According to Caio Borges, Prof. Karin Costa Vazquez and Supriya Roychoudhury, if question marks on the future of BRICS are repeatedly raised, the New Development Bank (NDB) is probably the most concrete avenue through which the grouping can deepen co-operation. The NDB’s stated commitment to su

Representatives from 35 civil society organizations and community groups based in 11 countries in South and Southeast Asia participated in a workshop on how individuals and communities harmed by development projects can seek recourse.

Time for Development Financiers to #Standup4HumanRights

Global groups call for action to protect human rights in development Ahead of Human Rights Day, December 10th, the Coalition for Human Rights in Development joins with over 50 civil society groups around the world to call on financial institutions, governments and businesses to stand up for human

In the face of rapidly shrinking civil society space and growing attacks on human rights and environmental defenders, sign this statement (English, French, Spanish, Arabic) on the Responsibility of International Financial Institutions to Ensure Meaningful and Effective Participation and

With the BRICS New Development Bank set to open its regional office in Johannesburg and approve its first set of projects for financing in the next weeks, South African civil society groups raise concerns about lack of transparency or consultation with potentially affected communities. The NDB h

Fourty-eight African civil society organizations sent a letter to the president of the African Development Bank (AfDB) last week calling for more space for civil society engagement and a reform of the Civil Society Organization (CSO) Forum. The groups expressed concern over shortcomings in t

Groups Call on BRICS Bank to Engage with Civil Society

November 30, 2015: On the heels of the meeting of governors of the BRICS New Development Bank (NDB), civil society organizations from BRICS countries and countries that will likely be impacted by NDB projects called on the Bank to open a transparent and participative process for the development of

UN Special Rapporteur on Freedom of Assembly and Association 2015