Over 130 civil society organizations have signed a joint letter to urge the authorities in Mongolia to stop reprisals against human rights defender Sukhgerel Dugersuren and to ensure that environmental defenders, and communities impacted by development projects, can freely and safely defend human rights and protect the environment without fearing reprisals. 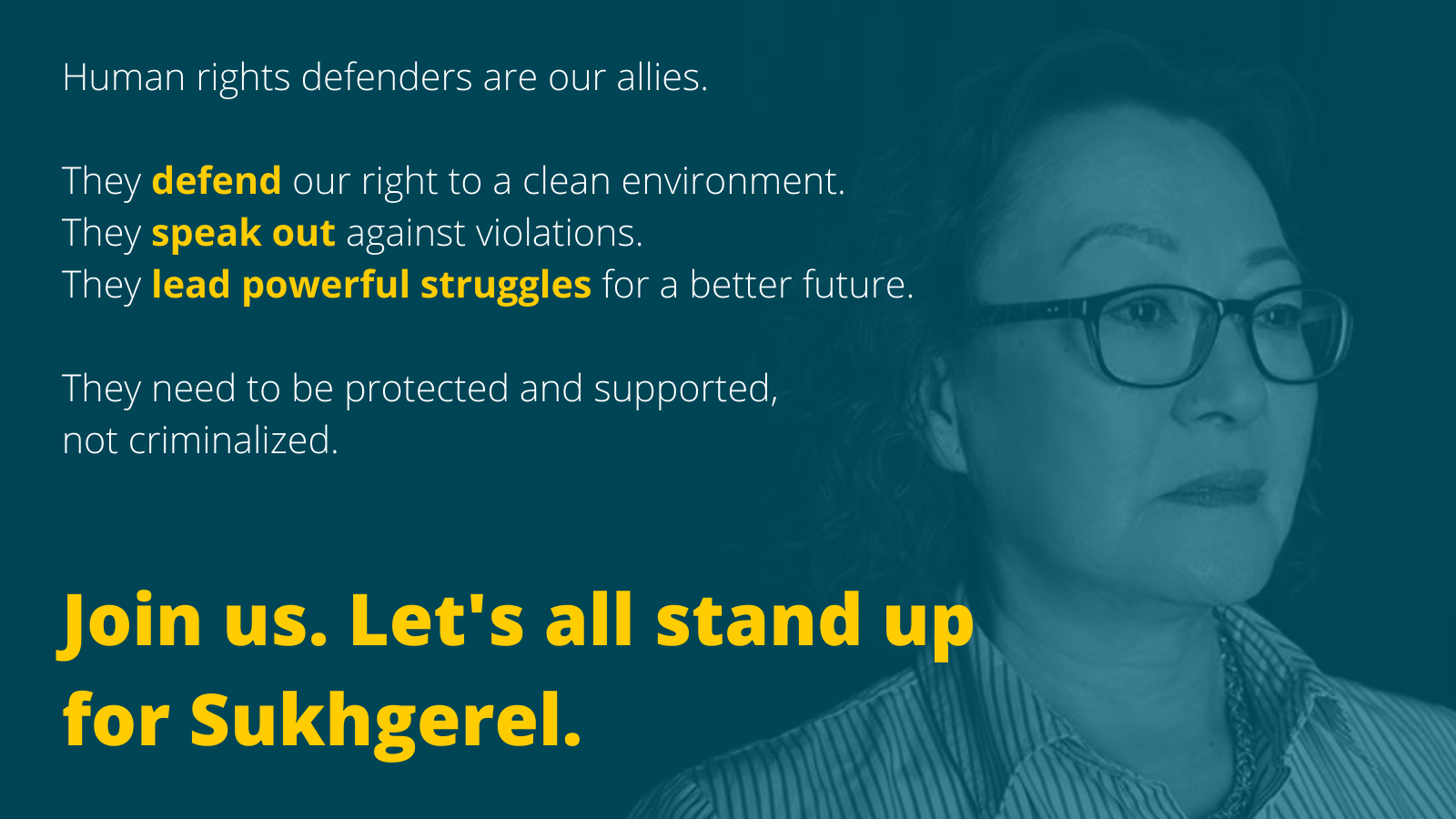 17 August 2022 – We, the undersigned civil society organizations, stand in solidarity with Mongolian human rights defender Sukhgerel Dugersuren and strongly condemn the criminalization and smear campaigns against her, which we identify as an attempt to prevent her from conducting her crucial work in defense of human rights and the environment.

We urge the Mongolian government to ensure Sukhgerel can safely defend human rights without fearing reprisals and that all charges against her are dismissed.

We call on all the international institutions and actors active in the country – including development banks, UN bodies and experts, EU member states and institutions, international embassies, international investors or private companies – to publicly speak out in support of Sukhgerel, use their leverage to strongly condemn reprisals, and take any action they can to ensure Sukhgerel can continue to safely carry out her work. 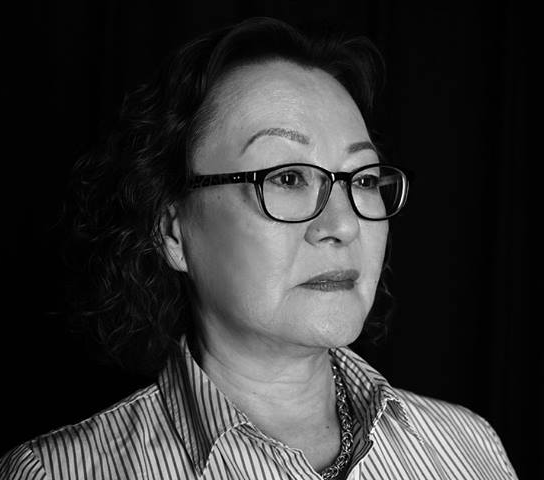 Sukhgerel Dugersuren is an internationally renowned human rights defender and the Executive Director of the Mongolian organizations Oyu Tolgoi Watch and Rivers without Boundaries Mongolia. She has a long trajectory of exposing human rights abuses and defending the rights of herder and rural communities in Mongolia. Her courageous and inspirational work is admired by scores of international and local civil society organizations, as well as UN Special Rapporteurs and experts, who have closely worked with her.

In the past decades, Sukhgerel has supported dozens of communities negatively affected by large-scale projects, such as mines and hydropower dams. She has helped these communities in denouncing the harmful impacts of these activities and bringing their grievances to the attention of the Mongolian government, development banks, and international organizations. For example, she supported complaints to the independent accountability mechanisms of the World Bank, International Finance Corporation, European Bank for Reconstruction and Development and the Asian Development Bank.

What happened and why is she being criminalized?

According to Front Line Defenders, on 2 August 2022, Mongolia’s General Intelligence Agency informed Sukhgerel that she is under investigation for committing crimes under the Mongolian Criminal Code Article 19.4, which prohibits the “illegal cooperation with foreign intelligence agency, agent.” Although no other details around the investigations have been shared, we fear Sukhgerel might be at risk of imminent arrest and we are deeply concerned for her safety.

Sukhgerel is being subject to a clear criminalisation process, where the law is used to limit civic freedoms and punish human rights defenders. The undersigned human rights organizations consider these accusations false and baseless, as they appear to be related to Sukhgerel’s support to the communities impacted by the Erdeneburen hydropower plant, funded by China’s EXIM Bank, and her legitimate requests for access to environmental information, public participation in environmental decision-making and transparency.

On 3 August 2022, during a government briefing, Mongolia’s Minister of Justice and Internal Affairs, H. Nyambaatar, stated that the construction of the Erdeneburen hydro plant had been suspended for two years, as a result of a letter from the local communities to the Chinese authorities. He also said that when development projects are interrupted by a civil society organization or person, then a task force should be established to investigate these cases as ‘sabotage’ under Criminal Code Article 19.6 and that the government could claim compensation for the lost economic opportunity. This concerning statement was shared just a few days before the visit by China’s Foreign Minister Wang Yi, to Ulan Bator on 7 and 8 August to discuss economic cooperation between the two countries and who specifically mentioned the Erdeneburen hydropower plant in his remarks.

The Mongolian Minister’s statement could be construed as a direct threat of reprisal against human rights defenders like Sukhgerel. It also sends a very chilling message to all individuals and communities peacefully raising concerns or opposing harmful projects, especially in a context where several environmental activists have already been threatened and criminalized. 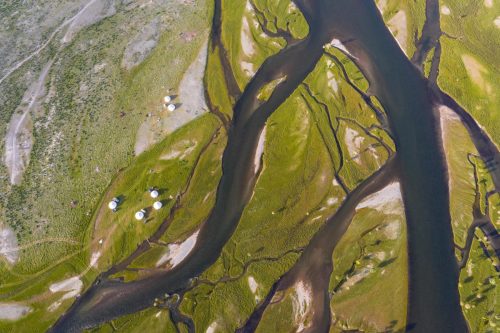 Sukhgerel is also facing a worrying and orchestrated smear campaign in online media and social media. We are deeply worried about the criminalization and smear campaign against Sukhgerel, which puts her at additional risk and constitutes a threat to all human rights defenders and civil society groups in the country. We fear that as a result of these online actions other human rights defenders, and in particular the communities protesting against the harmful impacts of the Erdeneburen dam or other foreign-funded projects, might also be at risk of being criminalized.

We stand in solidarity with Sukhgerel and other human rights defenders in Mongolia, and we call on all the relevant international institutions and actors that defend international law and human rights to intervene promptly in support of their important and legitimate struggles. Sustainable development is not possible where civil society is repressed and criminalized.

What are we asking?

We call on the government and other relevant authorities in Mongolia to:

Please note sign-ons to this letter will remain open. If you wish to add your organization’s name, please fill this form.

The Defenders in Development (DID) campaign will be awarding eight small grants (up to USD 5,000) to support groups from the Global South to carry out work to prevent and address risks human rights defenders face.

Senegal: 26 people arrested for peacefully discussing how to demand fair compensation in the context of a train project

On October 22, in Dakar, the police arrested Babacar Diouf, programme officer of Lumière Synergie pour Développement (LSD), and 25 members of the Collective of community members impacted by the Regional Express Train project (TER), including five women.

Over 30 civil society groups signed a joint letter with a series of recommendations for the ADB on how to prevent and address reprisals.

In June 2021, the Coalition held an online strategic conversation with its members and partners in Latin America, to learn more about the work in progress, reflect on challenges and achievements, and outline collective strategies. This infographic below summarizes the main results and the area

From February 28, 2018 to March 4, 2018 in Costa Rica, countries and civil society groups are negotiating the Regional Agreement on Access to Information, Public Participation and Access to Justice in Environmental Matters in Latin America and the Caribbean, also known as LAC P10. If adopted a