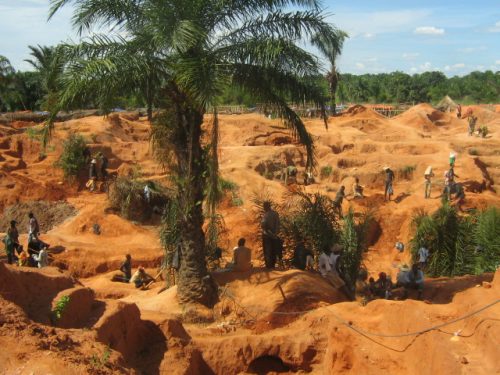 The province of Kasaï-Oriental, in the Democratic Republic of Congo, produces one-tenth of the world’s industrial diamonds. Being so rich in mineral resources is also its curse, as many communities are being displaced and suffering the impact of mining projects. Moreover, as a result of militia and government sanctioned violence, in recent years Kasaï has become “the epicentre of one the most serious humanitarian crises in the world”.

CRONGD, a member of the Coalition since 2014, is a network of over 66 development NGOs. It works to combat poverty and human rights violations, by strengthening the organizational, institutional, professional and material capacities of grassroots and civil society organizations in the Kasaï-Oriental region. 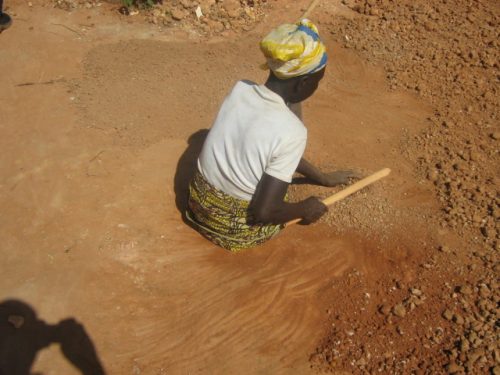 In this interview, Tshimpidimbua Dieudonne – CRONGD’s Executive Secretary – speaks about the work of his organization and the challenges faced by local communities in Kasaï-Oriental.

What are the main “development” projects affecting local communities?

Local communities are mainly affected by projects in the mining and infrastructure sectors. Mining companies – such as the government-owned Societé minière de Bakwanga (MIBA) or Anhui-Congo Mining Investment Company (SACIM), a joint venture between the State and Chinese investors, are expropriating land from local communities, without offering them any compensation.

Additionally, these communities’ legal rights are often violated. For example, the contractual commitments that are written in SACIM’s business plan are not respected and it is not clear how the social responsibility of companies will be respected and implemented. In 2020, MIBA’s board was suspended because of governance concerns. Now it has resumed production, but it is far from implementing the communities’ rights recognized by the law and respecting the mining code and mining regulations.

In 2020, the government revised the 2018 Mining Code, incorporating important innovations such as the protection of human rights, the environment and the rights of future generations, which all mining operators must take into account or risk having their mining permit withdrawn. However, mining companies such as SACIM are not complying with this code.

What is the real impact of these projects on the daily lives of local populations?

The main consequences of mining projects are progressive loss of community land, the exodus of people from other communities searching for land to cultivate, famine (primarily impacting children), increased infant mortality, and land conflicts between communities which result in customary conflicts.

Local communities heavily depend on their land for their livelihoods, to grow their food and for livestock pasture, so those who don’t flee are forced to work for the company as miners or as clandestine artisanal farmers around the mining site. The communities affected by mining projects also lack access to clean water, as well as electrical energy, even though a local hydroelectric dam supplies the company’s plant, which continues to cause tension in the community. The health centres are almost absent and far away, so the Covid-19 prevention and response is not effective.

There are also issues in the infrastructure sector. The province of Kasai Oriental hasn’t had a coherent urban development plan since the colonial period. There are glaring deficits in the construction of basic infrastructure, roads, schools, hospitals, health centers, and severe shortcomings in the construction of administrative buildings, especially those for the justice system. Even more glaring is the justice situation: due to the lack of state buildings in the territories, several formerly operational jurisdictions have ceased to function.

How does CRONGD support local communities affected by development projects in the province?

CRONGD sensitizes the communities, identifies their needs, and raises funds through advocacy to the decision-makers/authorities via several partnerships.

Among the activities we have worked on lately, for example, we organized a round table on mining and we supported the development of small-scale farmer’s organizations

What is your dream for your community? What kind of future do you aspire to achieve and what is your own idea of “development”?

I hope to see the responsibilities of mining companies fulfilled, communities’ rights restored, justice for all and unity with the people, the power of the State reinforced. 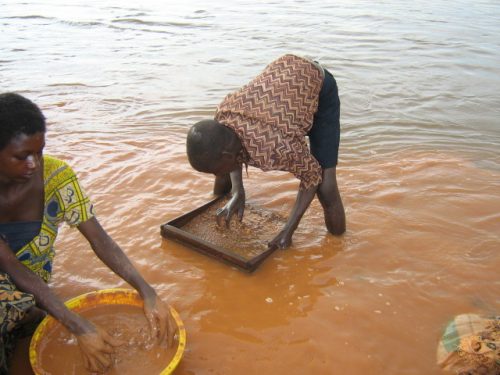 Lorena Cotza
Previous Post:
Pulling the ‘cotton’ over Uzbek eyes at latest EBRD investment
Next Post:
IDB Invest and IFC’s new guidance on reprisals: a welcome step, but much more is needed
no comments